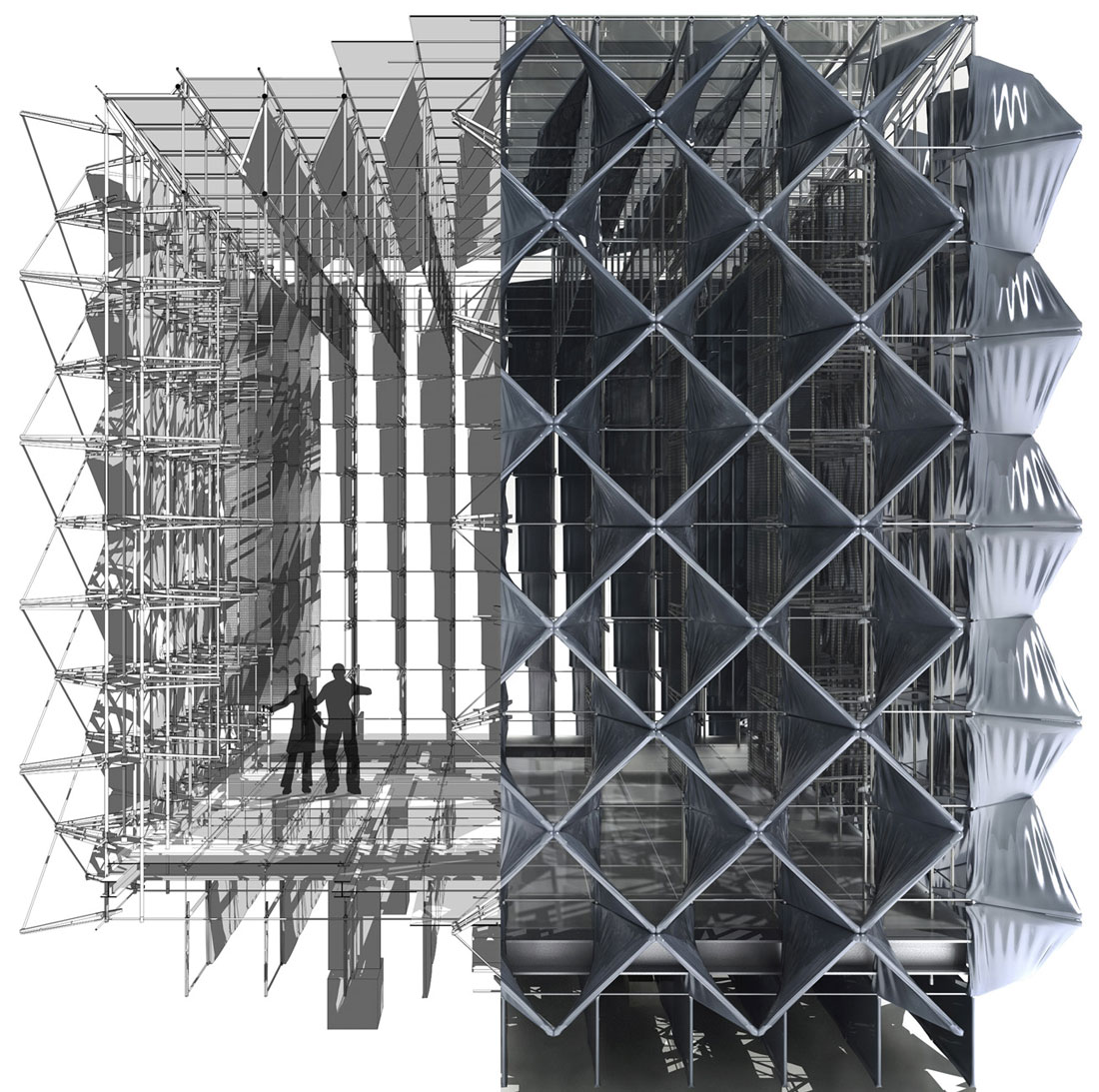 Architecture (and not just architectural cladding) treads between aesthetic impulse and technological imperative. Beyond mainstream criticism of kinetics as a distracting novelty, the emerging eld of kinetic facades has moved from the problems of the Modern Arab Institute to solutions with the Abu Dhabi HQ.

To rethink the question of the envelope as a performative envelope, one needs to rethink window and facade as a surface composition that is actively adjusting to weather change.

In thinking of ways to design movement itself, studio explorations are based on kinetic art forms to generate a schema for moving mechanisms. Alternative pathways involve rapid-prototyped models from Grasshopper scripts. Architectural components are an outcome of designing the control system and its data input.

In the tropics, form follows movement may be a process to integrate the provision of shadows and through interior lighting simulations with sun paths.

This determines the section and plan in architectural space, form and structure. The focus shifts from the optimization of a singular design solution to the specification of a ‘variable space’ as a kinetic schema with which to generate multiple compositions.

The artistic composition of a building facade shifts to a process of choreographed variable formations. Qualities of porosity, opacity, translucency are further explored as material conditions arising from the kinetic transformations of the envelope system which affect the reading of the built form in light and darkness.

The play of light and shadow as compositional qualities are valued for their envelope performance as much as for their phenomenological interpretations.